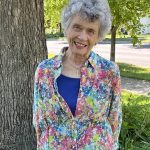 It’s been seven decades since Dee Kelly earned her bachelor’s degree in dental hygiene at the University of Michigan School of Dentistry, but she still remembers the strong will of the legendary professor who ran the program.

Later this month, graduates of the Dental Hygiene Program from around the country will gather on campus to celebrate the 100th anniversary of the program, one of the oldest in the country. As the program’s history is recounted at the event, the name of Dr. Dorothy Hard will be a frequent reference.

Kelly distinctly remembers the demanding leadership and requirements that Hard enforced during Kelly’s two years in the program leading to her bachelor’s degree with the Class of 1951.

Hard was hired to lead the program in 1924, three years after it was created by the dental school. Over the next 44 years at the helm, she shaped the educational requirements for what was a fledgling profession when she took over, making it a national model with high standards. Her leadership in developing the profession extended beyond the School of Dentistry, from the Michigan legislature and state regulatory agencies to hygiene programs around the country.

In a recent interview from her home in Traverse City, Michigan, Kelly confirmed that when it came to students in the program, Hard was demanding. Whether it was applying for admission or once the students were in the classrooms and clinics, they had to meet Hard’s strict view of student behavior and academic achievement. For both classroom and clinic instruction, students needed crisply starched white uniforms with skirts, hose and caps, much like nurses wore at the time. Jewelry was restricted, short hair was mandated and the entirely female DH student body was told “don’t even look at the boys who are dental students,” according to alumnae who remember being discouraged from dating dental students. They also recall admissions questions and requirements that would never be asked today: Do you have a boyfriend? Do you plan to get married? Hard’s objection was apparently that married students would become pregnant, which would disrupt the student’s education.

“I thought she was more strict than other professors,” Kelly remembers. “I knew that I needed to mind my p’s and q’s if I was going to make it through.”

“I thought she was …,” Kelly pauses, trying to find a polite way to describe Hard. Her husband, Chuck Kelly, a Class of 1953 dental school alumnus, interjects: “What she’s trying to say is that she was scared to death of Professor Hard, and every dental student was afraid of her, too, not just dental hygiene students!”

However, the Kellys finish their memories with a story that belies Hard’s tough exterior and illustrates a thoughtful and caring approach to her DH students. In her senior year, Dee Kelly arranged a meeting with Hard because she and Chuck had gotten married. Fearful of the response, Dee asked Hard if it was OK to stay in school now that she was married. Hard said it was. Only three months later, Dee went to Hard again, this time to tell her she was pregnant and to again ask if she could stay in the hygiene program. The response again was positive, but with a caveat: “You can stay in school if you keep your grades up.” Dee was already a good student and Chuck notes that both of them got better grades at dental school after they were married because studying was easier as a married couple than it had been as a dating couple.

The ending to the Kellys’ story about Dorothy Hard is the final confirmation of Hard’s compassion for her students. After the birth of the Kellys’ first child, Hard organized a baby shower, invited Dee’s classmates and presented the Kellys with a play pen that they used for many years. “That proved she was exactly the opposite of what we all thought she was,” Chuck Kelly said.

After graduation, Dee Kelly worked as a hygienist in the dental practice of two dental school faculty members for two years, until Chuck graduated with his DDS degree in 1953. Dental school graduates in those years were required to complete military service, so Chuck entered the Navy. He was sent to Morocco in northern Africa, and Dee was able to go along. While Chuck was practicing dentistry, Dee worked with a Red Cross program known as the “Gray Ladies,” who were volunteers helping in hospitals and other medical facilities.

After two years overseas, the Kellys returned to the U.S. and Chuck joined the dental practice of his father, Don Calvin Kelly, in Traverse City. Dee worked part-time in the office as a hygienist, a role that allowed her to balance parenthood and profession.

Eventually, as their family grew to seven children, she discontinued her work in the practice as a hygienist, but in later years she was active after Chuck Kelly transitioned it into a wellness practice. They helped patients focus on healthy living, balanced diets and good oral healthcare. For example, they would host evening nutrition classes. They traveled to China and Russia on educational missions related to various wellness topics. At the practice, they focused on “wellness rather than repair,” Chuck says, noting that 85 percent of the kids they saw never had a cavity. It was a message that a hygienist like Dee appreciated. “It was so rewarding to know that a wellness practice really does work,” she said.

Another way Dee and Chuck contributed to the success of dentistry and hygiene was by encouraging their children and grandchildren to enter healthcare fields. Most often dentistry was the choice, but medicine was also an option. Over time, the Kellys have become a four-generation family of dentists with DDS degrees from the University of Michigan School of Dentistry. Not only did Chuck follow his father into the profession, but so did Chuck’s brother, Terry, who graduated from U-M with his DDS in 1965. Chuck and Dee’s sons Kevin Kelly (1979) and Patrick Kelly (1980) were next. The fourth generation are Chuck and Dee’s three granddaughters who earned DDS degrees from U-M: Macare (Kelly) Lumbrezer (2008), Christina (Dreves) Mazzola (2009) and Megan (Dreves) Vouziers (2012), as well as Christina’s husband, Christopher Mazzola (2009).

Being a family so connected to dentistry meant finding ways to repay a profession that has been so meaningful and rewarding over the decades for Dee and Chuck. In 2016, at the suggestion of Dee, the couple decided to share their gratitude with the place where their professional lives began – the U-M School of Dentistry. They gave the school a $50,000 gift to provide scholarships for students in the Dental Hygiene program.

They designated their gift for entry-level dental hygiene students based on merit and financial need. The DH program had several small awards for students but no scholarship existed at the time.

Dee said her idea of helping dental hygiene students arose as she and her husband talked through the details of how their gift would be used. “One of the reasons is that the dentist side of the school is larger and gets more thanks, more gratitude, more everything,” she said at the time. “And I just thought, the hygienists are pretty important to me, too, so if they need scholarship money as much as the dentists, I’d just as soon have the dental hygiene program receive it.  And Chuck agreed.”

These days, as she thinks back on earning her bachelor’s degree in Dental Hygiene all those years ago, Dee is grateful for all that dentistry and dental hygiene has meant in her life. She says it’s rewarding to think about how many patients have been helped over the years, not only by her time as a hygienist and Chuck’s career as a dentist, but by her children and grandchildren also adopting dentistry

“Because of the importance of dentistry in our lives, it rubbed off on the kids and they leaned toward it, too,” Dee said. “We are so fortunate to have a rewarding life and our kids and grandkids do as well.”

Adds Chuck about the family connections, “Dentistry has been good for us, no doubt about it.”

That so many family members have practiced dentistry, helping thousands of patients over the years, would be an impressive legacy on its own, but the Kellys have taken it further with their scholarship in Dental Hygiene at the School of Dentistry. It helps current students enter the profession and carry on the high standards that both Dee and Chuck experienced all those years ago when they were at the dental school. Dorothy Hard would be impressed.